Hi I am Debbie O’Brien, mum to three grown up boys, I live in a village near Cambridge.
Profession – Casting Director.
Currents shows include King and I, ONCE , Kinky Boots and The Bodyguard
www.debbieobrien.net – Instagram : @dobcasting – Twitter @dobcasting – Facebook @debbieobriencasting

How did you get into casting/ theatre?

I did lots of jobs in theatre after I graduated from Hull University. The first job was as an Assistant Stage Manager on a show in the West End called DRACULA, then I moved on to the original production of ANNIE at the Victoria Palace. One of the things I used to do was assist the casting director, Celestia Fox, at auditions. After a while, I also took on the responsibility of Children’s administrator on ANNIE – in fact Jo Hawes ( another children’s casting director ) and I worked together on this show so have known each other for a very long time! I moved into production assistant work and I kept on also assisting with casting – we worked on some theatre shows and on the films of ANOTHER COUNTRY and LITTLE SHOP OF HORRORS. I also then was General Manager of some theatres in the West End, and worked on the refurbishment project of the Peacock Theatre and the rebuilding of Sadler’s Wells. I kept on doing some casting during this time and eventually I stopped doing everything else and concentrated on casting!

What does a typical day involve for you?

There is no typical day. Some days I am in the office doing emails and phone calls and looking through submissions for shows, or licensing children, writing breakdowns etc. Other days I am in auditions all day – and then come back to the office afterwards to set up for the next day!

What makes a good child performer?

A child who is bright, cheerful, confident and loves performing, and can listen to adults and take notes.

Any words of wisdom for parents wanting their children to do child performance / theatre?

Don’t make them do it if they don’t want to – it’s normal to be a bit apprehensive at an audition, but if they are obviously scared or crying or saying they feel sick – don’t force it. They can’t possibly have a good experience in an audition if they are forced against their will. Also – and this goes for the parents/guardians too – once an audition has happened, teach them not to think about it and not to ask constantly if there is any news. Otherwise they just get too worried and anxious about it. My children all did performing when they were young, and we had a rule that once an audition had happened, they just forgot about it and got on with all the other things they loved doing – sports, games, playing and so on! 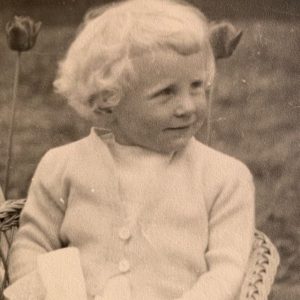 Being at school when I was 3 and a half (my parents both worked and so I went into Reception Class really early with my older cousin Martin!) and being forced by the nuns to sit at the dining table in the school canteen all afternoon until I ate my pudding! (I think in the end, my cousin who was made to sit with me, ate it for me….!)

What did you want to be when growing up?

I loved the Enid Blyton St Clare’s and Malory Towers series – but I read all the time as as child, so there were too many great books to mention.

Musical theatre or cinema , and what would you watch?

I love Musical Theatre and watch and enjoy many shows, but cinema doesn’t feel like work to me, it’s easier to switch off and relax.